Joint Locks and Self Defense

Having control of the problem or getting rid of it? A true Martial Artist knows both ways, and is aware of both outcomes as well.

In facing a confrontation that you are positive will lead to a fight, you basically have four choices (taking into account that while you are reading this article, you are already losing precious time in making a decision, and your heart rate is running crazy): 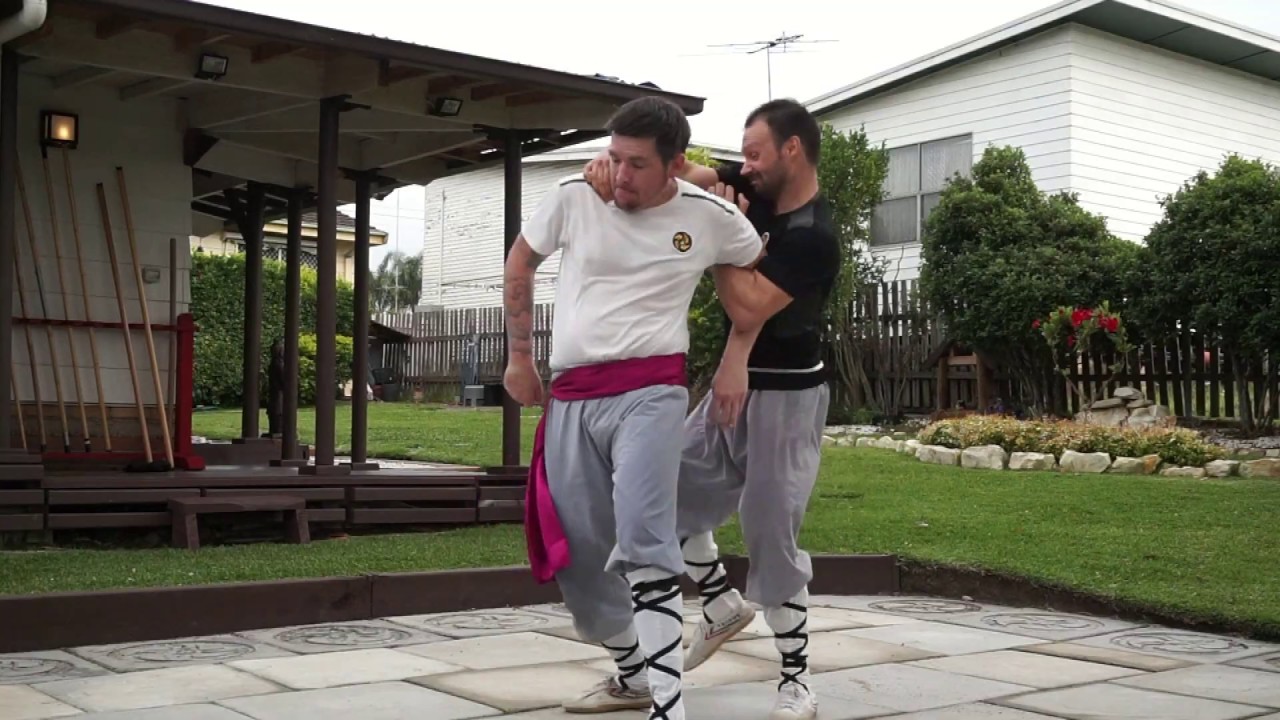 Joint Locks and Self Defense techniques fit perfectly in this last scenario: we all know (so I should hope) that Art means also managing the situation in a way that is as Wise as possible, and engaging a fight CAN be an option – not the only one -. In a situation like this, unfortunately, there is a complex assembly of consequences, more often not as simple as a shiner or a bleeding nose.

Compared to the option where you have a choice to attack first facing a situation of aggression, Joint Locks are confined to be passive only as their potential is unleashed based on the received attack.

Joint Locks and Self Defense in the 21st century

Taking for granted the fact that nowadays Joint Locks and Self Defense techniques are seen as something useless compared to the power and efficiency of Fighting Sports, it’s important to understand that, wheresoever we go, space and conditions for a full-contact match are not always met. As a consequence of this, Joint Locks (whatever the Style you are studying) are extremely useful for the following reasons:

Firstly, they allow a deeper knowledge of the human body, both its weak and strong points. You will learn that “abs and big muscles don’t grow on your opponent’s face, as they cannot possibly grow in many other places”.

Secondly, they might save you from breaking that arm, just by virtue of the fact that you are trying to minimize the damage to the opponent, as your powerful but non-destructive reaction might make the opponent less “motivated to bother you“.

A computer it would be best to reset.

The following example will make most people smile, but considering that nowadays everyone knows how a PC, a Smartphone, or a tablet works, it will suit this section just perfectly. Without being an IT expert, we can say everyone has faced a computer problem at least once in his/her life.

To press or not to press that button?

Too many times we think the best solution is to just reset the phone/laptop, but have you considered at what price? Time for re-installing everything from scratch plus the effort to save everything that is important, along with a huge frustration coming from the whole process, makes the entire recovery process something you know you don’t want to do, unless it’s the only option.

Nothing else than an ordinary Computer

Joint Locks and Self Defense techniques in Martial Arts, seen as a strategic plan to take you out of a situation of aggression, work the same way as a Personal Computer with problems. It does not matter whether it is a virus or a hardware problem: you have to solve it, no matter what. You have two strategies:

Benefits of formatting your drive

The first option can be seen the same way of engaging a fight: you are aware that you will knock out your opponent using the best of your martial preparation. In this case we assume you won’t care about the consequences. What you will care about is that your enemy is down, and your up. In this case, Martial Arts code is clear: when you know you don’t have any other choice, you must protect yourself: it’s a matter of life or death.

Benefits of fixing your O/S

The second option won’t solve the problem at its root and the reason is that your opponent, just like your computer, might try to attack you again, same way a computer with a virus keeps showing you that annoying message. As in the first case, this also has serious consequences, as it may take longer for you to solve the problem, compared to hard-resetting your phone. Although this may be the best solution, someone who is trained – and not necessary an IT technician – well knows the right tools that serve that specific issue, and these tools are called Joint Locks and Self Defense Techniques.

Ultimately, we cannot state Joint Locks are the best option for all types of attack, because it’s clear how, in front of a gun pointed at your head, options would drop just to two: being shot or obey the opponent. As we Martial Artists know (irrespective of the styles ) we need to have a broad library of techniques in order to be flexible and quickly responsive to any situation that might occur. Situations of aggression are not just brawls in a pub where people push both sides to fight, as they can be way more cruel and ruthless than the above mentioned example. Choosing the right Martial Art style for you should be based on many aspects, not just on a one vs one fight.

We, as Martial Artists, cannot afford to ground our preparation on just one single opponent, no weapons involved, on a flat surface, sunny and shine, and having to deal with someone drunk at worst. Life plays with us, we all know it, and there’s no way to prevent this; the only thing we are in control of is being prepared.

Ask yourself: are you prepared for the following scenarios?

It might seem pointless, but finding 5 minutes a day to prepare your mind to any possible scenario of aggression, can really make a huge difference. In fact, this is a well known and effective technique used by Sports Psychologists to enhance performance and readiness. Let your mind create the most impossible situations of aggression that you can think about, and I can promise you one thing: you will have a better strategy than a “kernel panic” screen on your face, because you have learned to train your mind to be prepared to everything. If you think you will still panic, don’t forget that a trained mind will come in handy when the body seems not to respond to your commands.

You can jump off an airplane with just a big parachute or together with a backup chute: even if it’s smaller, it’s still your backup plan. Think about the future before the future thinks about you first.

What’s the purpose of these exercises if I can just defend myself with way more effective techniques / Boxing?

We all agree on the fact that most of the subjects we learn at school may not find any real-life application when our academic training ends, however, just like in real life, there will be moments when you need your best skills and knowledge in Maths and Physics, others where you are simply required to do 2+2=4.

As a consequence of this, if you get attacked on a bus you may not find using your full-contact and high-kicking skills that handy, same way you won’t ever win an Oktagon fight with just bare joint locks. A wide knowledge of martial arts physics and dynamics is the one making the Martial Artist all round.

In this article you say Joint locks are good if you want to control the aggression without inevitably causing damage, but how can I control myself knowing that the aggressor may have his cruelest intentions?

Aggressions can be the result of deliberate acts of hurting someone’s body, or they can just be a consequence of a provocative behavior with the intention of simply annoying the targeted person in order to see to which degree the forenamed person responds. According to these two common situations, the first thing someone should be prepared on - way before thinking which technique or style to use - is the golden style of “Psychology of aggression”, as History teaches how strategy strongly impacts on the outcome of a war, rather than the number of soldiers and heavy artillery being deployed.